Boiling water taps are becoming an increasingly popular across the UK and for good reason. In this guide we take you thorough everything you need to know about boiling water taps so you can find the perfect one for your kitchen.

What Is A Boiling Water Tap?

Boiling water taps are just like regular taps but are also capable of dispensing boiling water instantly. With the turn of a lever you can have piping hot water without the need to wait for a kettle to boil or a saucepan to warm up.

How Do Boiling Water Taps Work?

Boiling water taps use a tank underneath your sink. This tank is plugged into the mains and your water supply. It heats the water and stores it at the correct temperature which means everytime you turn on the tap, the hot water is available instantly.

Boiling water tap installation is relatively simple. It can be fitted in the same way as a regular tap with the addition of the tank. Although you won’t need to call an electrician, we recommend having a plumber install your boiling water tap as there are more connections than a standard tap and very hot water involved.

If you want to install a boiling water tap you’ll need to make sure you have enough space for the tank, which is usually fitted underneath your sink. You’ll also need a standard plug socket relatively close by. 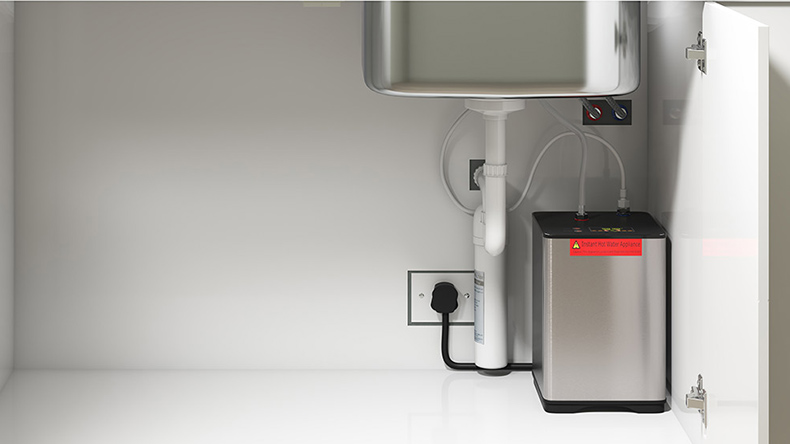 Boiling water taps are available at a variety of different price points depending on your budget. Although they will usually be more expensive than a comparable standard hot & cold tap, they’re more affordable than you think. It’s important to remember they can also save you money in the long term.

If you are using your boiling water tap regularly to make multiple drinks and for food preparation, you will begin to see some savings versus boiling a kettle. The average kettle costs 2.5p to boil but with a boiling water tap, you only use the exact amount you need.

Some brands will advertise that their taps are able to reach 100°C but in reality this isn’t really necessary for normal domestic use. There is a consensus that tea shouldn’t be prepared with absolutely boiling water and coffee will turn bitter when prepared at this temperature.

These will only dispense your boiling water and are ideal as a secondary tap, often placed on a kitchen island near where you might prepare a coffee or meal.

3 in 1 taps dispense boiling water alongside your regular hot and cold water supply. These are a convenient solution for a lot of people as the boiling water tap can simply replace your standard tap.

4 in 1 taps are able to dispense standard hot & cold water, boiling water and filtered water. These water filters help to reduce any impurities to give you great tasting water at the turn of a handle.

Safety when working with boiling water is very important as you don’t want to accidentally turn on the hot water and scald yourself.

Luckily, boiling water taps will employ a variety of different safety measures to ensure they can’t be operated by accident.

One of the most common systems is the safety sprung handle. To activate the boiling water, you need to push the safety button down, then twist it. You then need to hold the button in this position until you’re finished. With a system like this you can’t simply leave the steaming water running, which will help prevent children hurting themselves.

The water from these taps is also delivered at a slightly lower pressure than a regular tap. This is to prevent the water splashing up and hitting you as you use it.

Using a boiling water tap regularly can help you cut your energy usage at home. It’s been estimated that 67% of people overfill their kettle each time they use it, which leads to roughly 3500 tonnes of wasted CO2 everyday.

With a boiling water tap, you only use the exact amount of water you need, which means less energy wastage.

If you live in a hard water area, you’ve probably looked inside your kettle to be greeted by the sight of limescale. Luckily, the majority of boiling water taps include a filter which helps to reduce limescale.

These filters purify and remove the hardness from the water before it can reach the boiler tank, which will help the tank stay limescale free.

Like any filter, those on your boiling water tap will need to be changed to help keep your tank limescale free.

Manufacturers will recommend you change the filter on your boiling water tap every 6 months, but this number will vary depending on the tap.

When you purchase any tap, you need to make sure the water pressure in your home is suitable.

At Tap Warehouse, boiling water taps which will work at pressures as low as 0.5 bars are available. The majority of our taps need a minimum of 1 bar of pressure, which means they should be accessible to the majority of homes. If you’re not sure what water pressure you have in your home, take a look at our guide. 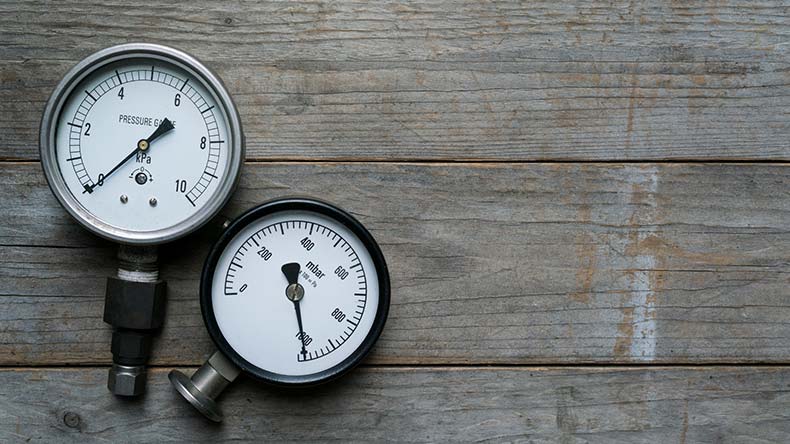 WRAS approved products comply with the standard of UK water regulations and by-laws. Look out for WRAS approval on our product pages or read our blog for more information.

Like our range of kitchen taps, you’ll find boiling water taps in a great selection of finishes and designs to suit your style.

As a modern product, boiling water taps are available in a range of contemporary finishes. Modern anthracite, brushed copper or even gold finishes are perfect for anyone who wants to make a statement in their kitchen.

If you’re looking for something more understated, a sleek chrome or stainless steel finish maybe for you.

Lastly, we also stock boiling water taps in traditional designs. These are perfect for anyone who loves classic style, but wants the benefits of a modern instant hot water tap.

A mixer tap brings together your cold and hot water supply for you to achieve a comfortable water temperature from one spout.