Christmas is fast approaching, and our shopping lists are growing! We have gathered some data from the UK public to see what’s really going on their Christmas dinners this year.

“More and more people are opting for a meat-free for Christmas this year, which greatly benefits the environment by reducing carbon emissions and saving water. A survey we conducted states that people choosing to have meat-free Christmas dinners rose by 55% from 2020 to 2021.”

14% of Brits Are Going Meat-Free for Christmas This Year

Just 14% of a pool of 110 people are opting for a meat-free Christmas dinner this year. Likely meat substitutes include nut roasts, veggie pies and tarts, which is the choice of the minority of this group. 86% of the people surveyed weren’t ready to give up the meat this year and prefer a full plate with all the trimmings.

“A typical turkey roast dinner with all the trimmings for a family of 6 emits around 25kg of carbon dioxide equivalent. That's the equivalent of driving almost 80 miles in a petrol car! A vegan nut roast, on the other hand, only emits almost 10kg CO2e for 6 people.”

Of the people we surveyed, we discovered that the number of people having meat-free Christmas roasts rose by 55% from 2020-2021, suggesting that this figure is likely to rise year on year as there is more focus on reducing climate change and a wider range of meat-free and plant based options available in supermarkets. 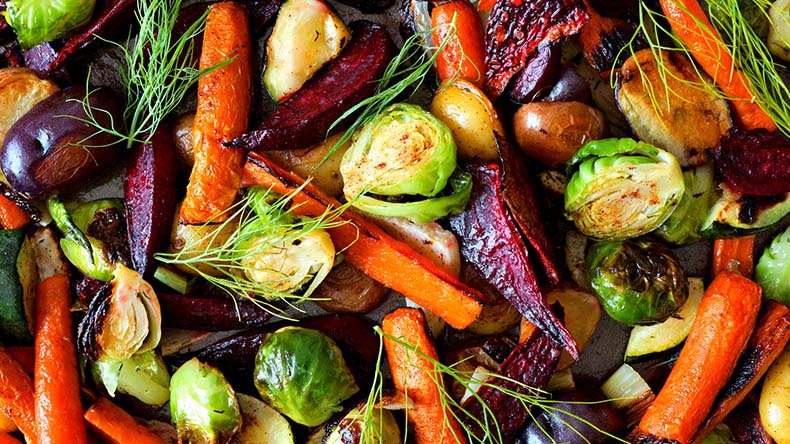 What Stops People from Having a Vegetarian Christmas?

We also asked our audience why a meat-free option is not as tempting as the going for the whole hog. Most people responded that they will “miss the meat too much”, and would greatly miss other components such as pigs in blankets, fish and beef.

However, 21% of the people asked agreed that nothing specifically puts them off going meat-free for Christmas, and they would consider having a vegetarian option if they were cooking Christmas dinner themselves.

The most popular meat to serve on Christmas Day is, (and no surprises here), turkey. Results of the survey show that 78% of a group of 103 people prefer to keep things  traditional and have turkey on their Christmas dinners.

10% of the audience argued that they’re actually opting for beef this year, and 10% are serving up chicken for their roasts. The least popular meat option was gammon, which was favoured by only 7%. 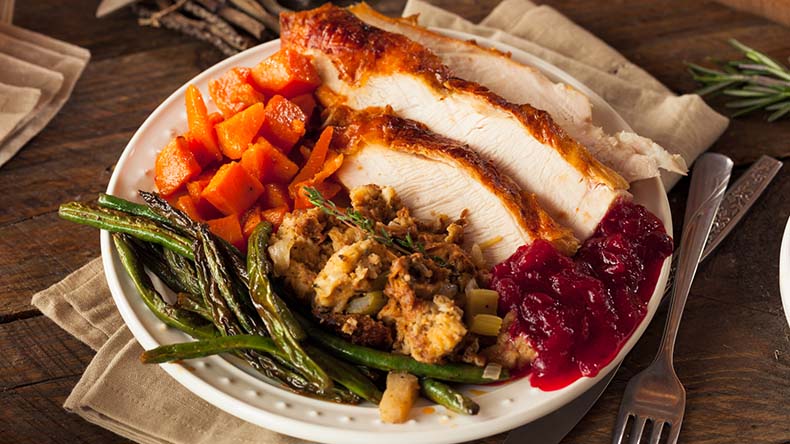 Do Brussels Sprouts Really Belong on our Christmas Plates?!

Love them or hate them, but 92% of the people we surveyed agreed that sprouts definitely do belong on our plates this Christmas. Sprouts generally have a bit of a bad reputation, and are neglected for most of the year, however Christmas is the time to really embrace the humble sprout. There are countless brussels sprouts recipes online to ensure that they are the star of Christmas dinners this year.

Check out Vojo Health's article which explores the 8 foods with the highest carbon footprint.